Here you will find your individual headdress. After ordering, each hat is made by hand especially for you. Our selection is small and therefore excellent. Do you have a special hat wish and can’t find anything suitable? We will be happy to advise you individually and produce your very own unique hat.

Peter de Vries was born in Groningen, the Netherlands in 1961 and initially worked as an optician. He has lived in Hamburg since 1989. Self-taught, he bought machines to shape hats and started his own hat production. The native Dutchman is particularly interested in versatile shapes.

In 2004 de Vries patented his hat creation “The Sushehat”. A hat with 9 different shapes, inspired by the headdress of Japanese commanders. In recent years, the Sushehat has received several awards such as “Design Plus” from Messe Frankfurt, followed by the “red dot design award” and the “Hessische Staatspreis” for arts and crafts in 2010. 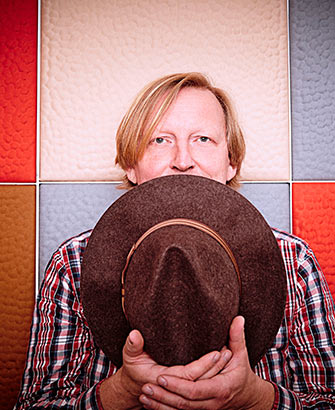